Confined area operations in a seaplane are similar to short field operations in a landplane. The idea is to obtain height in as short of distance as feasible to clear any obstacles. There are several techniques that can be used.

The confined area takeoff is similar to the short-field takeoff in a landplane. However, there are a few differences. These differences are outlined below. 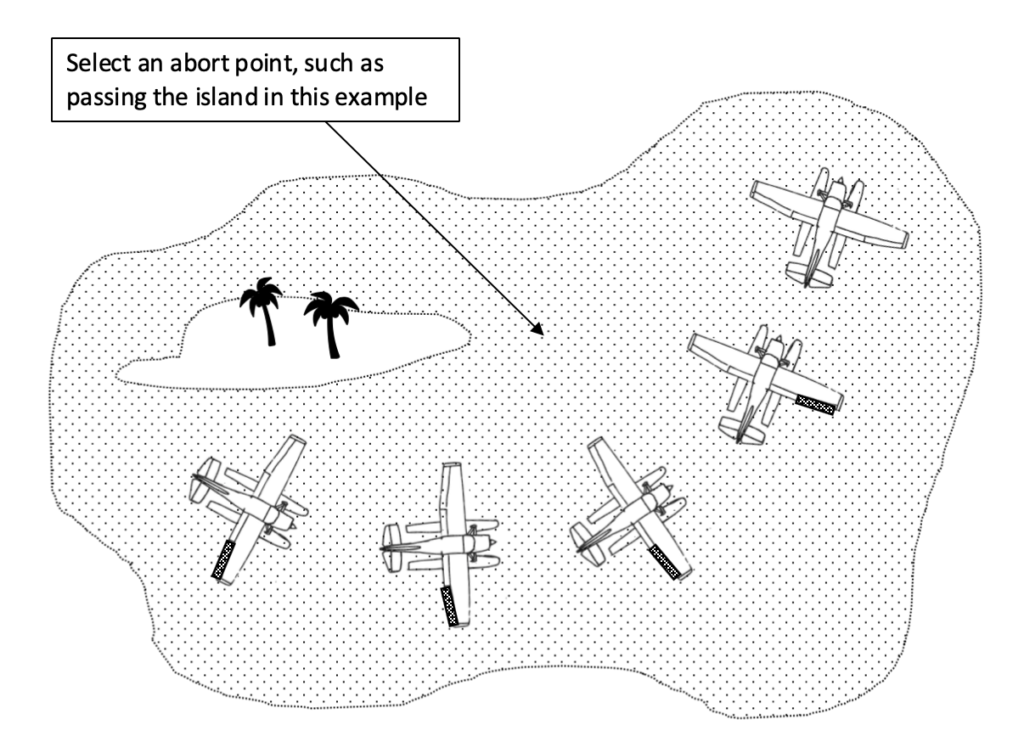 NOTE: This procedure has been removed from the FAA requirements as some students were performing the maneuver in other than calm conditions. Unless winds are calm, a high-speed turn from downwind to upwind should be avoided. In windy conditions, a takeoff directly into the wind or with only a slight turn could be likely be accomplished.

Without using the curved path technique, the confined area takeoff is pretty simple. The only option is to use all available waterway, so the aircraft must be as close to the end as possible. Then, on climb out, the aircraft should climb at Vx until clear of obstacles and then Vy. Whenever conducting confined area takeoffs, establish and use an abort point. The abort decision should be made early in the takeoff run. If needed, there are other options to improve chances of a successful takeoff, such as waiting until the wind increases, waiting until the temperature decreases, or offloading personnel and equipment.

The confined area landing is similar to a short-field landing in a landplane. However, there are a few key items to remember. The pilot should:

Next Section – Landing Amphibians on Land