Glassy water occurs when there is little to no wind. During takeoff, the adhesion of the water to the floats increases the drag making it more difficult to takeoff and requiring special techniques, which are outlined below. In addition, the smooth water also makes it extremely difficult to see the aircraft’s altitude or height above the water.

With glassy water, the water is difficult to reference after becoming airborne. As such, there are a couple of items to consider right after leaving the water.

As smoother water creates more water drag due to the high surface tension of the water, the one float takeoff is a common technique to lessen this friction. Several key points of this technique are outlined below. 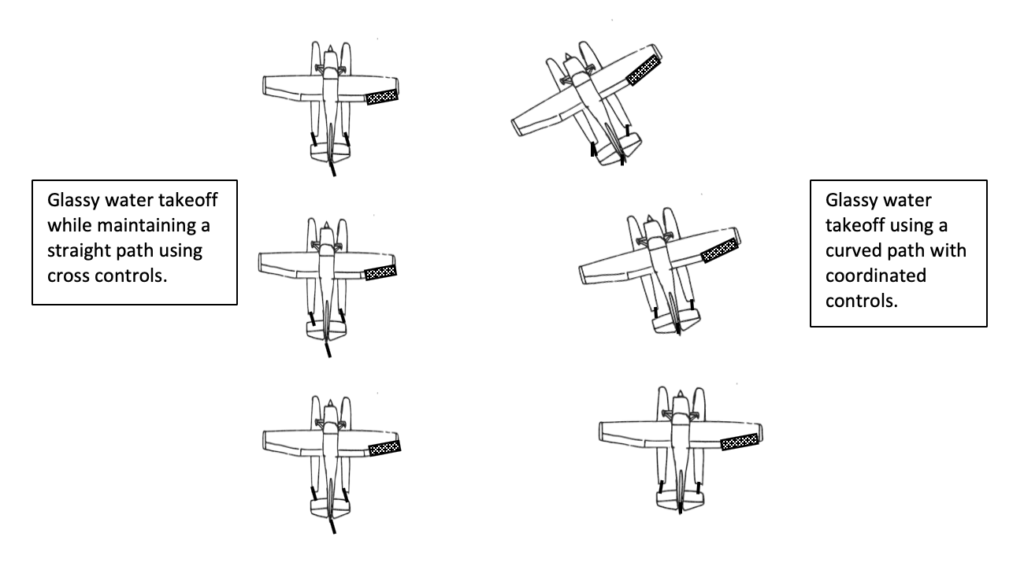 Instead of conducting a one float takeoff, the plane can be taxied in circles to create disturbances on the water, artificially reducing the amount of glassy water and allowing a normal takeoff.

Like the takeoff, landing on glassy water requires some special techniques. These techniques are also used during hazy or overcast days. The primary difficulty is inability of the pilot to properly assess the aircraft’s height above the water. As such, the techniques outlined below are used. The pilot should: